LOCATION OF THE ARK OF THE COVENANT 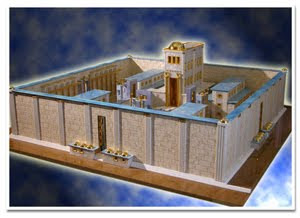 Well, without making this site too sensational, I have to revisit something that I think has merit and that I have found some great You-tubes on (for those that do not like to read).

We all know that before Christ comes, the Jews have to return to their holy land (check - although there yet will be a huge migration from the US to Israel as things get dicey stateside), they have to prepare themselves for Him (check), they have to build their temple as an offering in righteousness (no check, yet) - and in order to do that, have to have all of the vessels in place, the table of the shewbread, the ashes of a red heifer for purification, the candelabra, possibly the Stone of Scone etc. in place. There is still much to be done to get ready for that big event. The big center piece of that preparation is the locating of the Ark of the Covenant. That is more or less the thing that has been holding things up - at least in my mind. Oh yeah - and the not-so-easy finding of a nice place to set up the third (fourth) temple. There are still alot of sticky details to work out. The big mystery in my mind has always been the location of the Ark of the Covenant.

Each year, in ancient times, the High Priest would enter the Holy of Holies of the Temple of God and sprinkle blood on the Mercy Seat - representative of the future shedding of the blood of Christ for the sins of the world. This individual (Ron Wyatt) claims to have found the location of the Ark of the Covenant (with the Mercy Seat) and that it was located about 20 feet below the bedrock at the Place of the Skull (Golgotha).

It takes some serious open mind - but I cannot shoot holes in it. Ron seems very sincere and is a straight shooter. For a Seventh Day Adventist, I am not sure if his beliefs align with his doctrinal set, but his beliefs do align with revealed religion (I sometimes wonder if Ellen White had her hand in the doctrinal cookie jar back in the 1840's....).

Here is a fascinating vid on the proximity of alot of the holy sites just outside of Mt. Moriah where it has all gone down through history.

Here is a link to the written story of Ron Wyatt on finding the Ark of the Covenant back in the 1980s. Here is a snippet from the article to whet your appetite:

With adrenaline flowing through his veins and great anticipation, he looked around to see what else he could see, which wasn't much. He shined his flashlight around the open area and then up to the ceiling. There, he saw something that caught his eye - it was a crack in the ceiling with a black substance within the crack. Crawling slowly and painfully over the rocks to the rear of the chamber, he saw a stone case extending through the rocks. It had a flat stone top which was cracked completely in two and the smaller section was moved aside, creating an opening into the stone case. But the top was too near the ceiling for him to look inside. Yet he knew what was inside- the crack in the ceiling was directly above the cracked part of the lid, where it was open, and the black substance had fallen from the crack into the case because some of it had splashed onto the lid. It was at this time, as Ron recalls, as the instant realization of what had happened here dawned on him, that he passed out. When he realized that the crack in the ceiling was the end of the crack he had found in the elevated cross-hole many feet above him, and the black substance was blood which had fallen through the crack and into the stone case, he KNEW the Ark was in the stone case. But the most overwhelming realization was that Christ's Blood had actually fallen onto the Mercy Seat.

When he came to, it was 2:45 pm. A mere 45 minutes had passed since he entered the chamber, yet in that short time, he became the first witness to the literal fulfillment of the "type" represented by all the sacrifices made by God's people since Adam and Eve, and later specifically directed by God, Himself, in the laws of the sacrificial system. Now he knew why he and the boys had to do the last three years of excavation that he had sometimes felt was useless. If they had not found first, the cut-out niches, and then the elevated cross-hole with the earthquake crack, he would not have recognized what had happened here. And the promise Ron believed he had received HAD been fulfilled - he DID find the Ark of the Covenant on that trip. But he didn't even lay eyes on it. And in his frustration and complaining, he received another VERY strong impression - "I only promised that you would FIND it. It will come out when the time is right."

Hope you have enjoyed this one. I sure have had fun with it for the last 10 years since I first bumped into it.

The prophecies of Jerusalem will be fulfilled every jot and tittle. It is going to be a fascinating ride in the next few decades of the world history scene - so buckle up, do what is right and enjoy the ride that is life.
Posted by IRAQ at 1:32 PM